The decision to use either the Sound Level (Fast or Slow) is usually determined by any measurement regulations that are being followed or by the nature of the noise being measured. For example, the European Noise at Work regulations and the UK HSE's guidelines state that the Leq should be used but the guidelines for measuring motorcycle noise at track events state that the Sound Level can be used.

Check the measurement standards for any references to Leq, LAeq,t or Integrating Sound Level Meter. If these terms are used then you must measure the Leq. If not, you should be fine with a standard non-integrating sound level meter, which certainly costs less. If in doubt, please email NoiseMeters, putting in as much information about your application as you can.

This is the basic measurement of any Sound Level Meter. A Frequency Weighting and Time Weighting will be applied to the sound signal that is picked up by the microphone. The sound level is expressed in decibels, or dB.

The Sound Level is the basic measurement used for many applications. However, you should check any regulations that you are following to ensure that the Sound Level alone is adequate.

Parameters such as Max (Lmax), Min (Lmin) and Ln (percentiles) are all based on the Sound Level.

The Leq is best described as the Average Sound Level over the period of the measurement. Usually measured A-weighted but there is no time constant applied. As the Leq (defined as the Equivalent Continuous Sound Level) is an average, it will settled to a steady value, making it much easier to read accurately than with a simple instantaneous Sound Level. Being an average, it is also showing the total energy of the noise being measured, so it is a better indicator of potential hearing damage or the likelihood that the noise will generate complaints.

A sound level meter that measures the Leq will be referred to as an Integrating Sound Level Meter and it should meet the standards IEC60804 or IEC 61672.

Although often referred to as the Leq, it should more correctly be written LAeq (indicating the frequency weighting used) or LAeq,t (indicates the level averaged over time t). 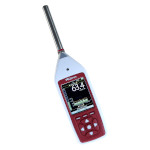 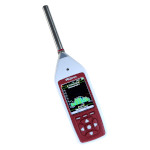 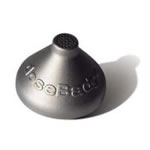 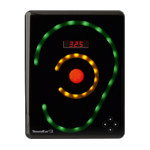 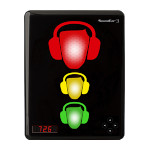